Settling back into this space on a wet Saturday evening, as one does. Actually most of our weekends have been wet the last month - ridiculously so! Spring is here and early this year by the sight and sound of it. I am ready for the sunshine and warm breezes and all that brings. I am nearing the end of a commitment to direct our homeschool group and with that "freedom" I'm hoping to putter here a bit more. I find I think about this space more than just a bit and miss stringing thoughts together, even if just for myself. :)

On to the bookish bit!

In January, I read six books and uncharacteristically, 4 of them were rereads. There are certain times of the year that I crave a reread - fall especially as school starts back and I don't have the mental energy to tackle something new for myself. I lapse into a reread of a good series - last year it was the Harry Potter series - and feel no guilt about it one bit. This year I participated in Carrie's LM Montgomery reading challenge for the first year in ... a few ... and revisited her Emily series. Thanks to Goodreads, I realized I hadn't read through this series since 2011 and I really enjoyed getting into it again. Definitely a "darker" series than the more popular Anne, it fit my mood and season of life perfectly. 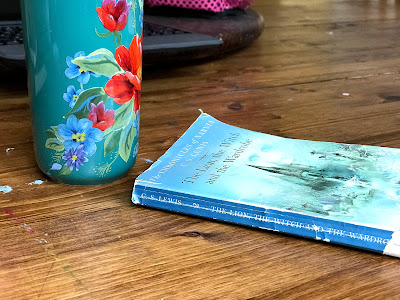 Our read aloud for January was also a reread - Ethan and I started from the beginning of the Narnia series and have a determined purpose to see it through this spring. :) We had read The LWW last summer but it didn't click with him enough to jump into book two, however that has since changed! He is enjoying it so much that we have been reading a bit during our school day and then continuing it at night before bed when we can (instead of our usually school day and separate bedtime read-aloud). No complaints here. 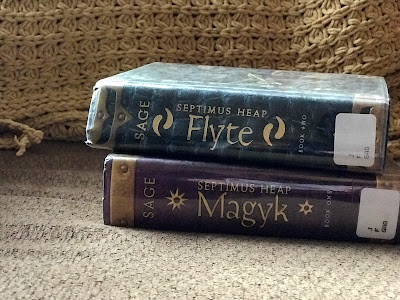 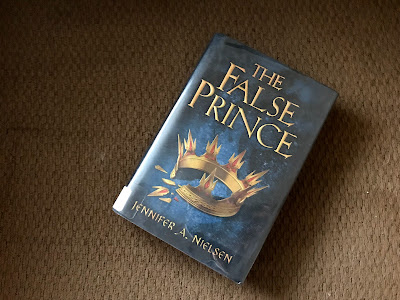 In other January reading, I dabbled in two series mentioned via Sarah (Read Aloud Revival). I'm a sucker for a good junior or YA fantasy series. I read Flyte by Angie Sage, which is the second book in the Septimus Heap series. I think this could be a fun read aloud for Ethan down the road or one to hand off to him in a few years. Adventure and quirky characters galore, but yet not one that I'm dying to fly through myself. I also started the YA Ascendance trilogy by Jennifer Nielsen and read the first book, The False Prince. I will probably finish this series slowly - enjoying it, but no rush to devour it.

In February, Ethan and I finished Prince Caspian and the Voyage of the Dawn Treader in our Narnian journey. Onward and upward! I also read several stand-alone books this month. I dearly love a good series, but haven't found a good long one to draw me in right now! I finished: 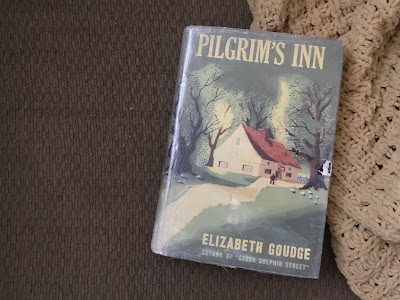 Pilgrim's Inn by Elizabeth Goudge. I love her books The Little White Horse and The Scent of Water. This one was a little bit more of chore to get through, but I finished it and enjoyed it. Not as much as the others, but it is beautiful writing set in the English landscape which drew me in! 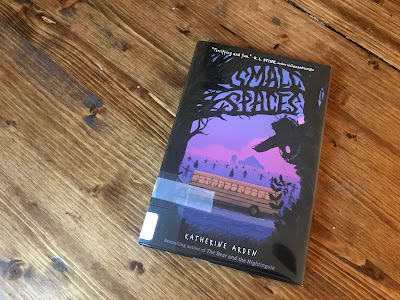 Small Spaces by Katherine Arden. I had read Arden's The Bear and the Nightingale which was a haunting folktale set in Russia. I couldn't put it down - I really loved the glimpse into Russian folklore and legend - but yet haven't moved on to the sequel. This book is also a creepy ghost story but set for 10-12 (and up), I'd say. (I'm starting to get the impression she writes more spooky stuff than I am used to). I would be careful what child I handed this too as I hustled to finish it - I really wanted to find out what happened but I also wanted to get to the end of the book! If you like Jonathan Auxier's The Night Gardener, you would probably like this book!

I also did go ahead and read The Runaway King (book 2 in the Ascendance Trilogy). Not as captivating as the first book, but still a great series so far. 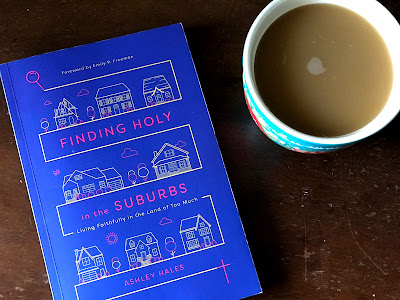 My first non-fiction for the year - Finding Holy in the Suburbs by Ashley Hales. I LOVED this book. For someone that has always struggled with measuring up, fitting in, and trying to hard, t this book was a needed reminder to me of who I need to rely on to fill my needs - not a spouse, not my children, not my calendar ... the Lord is the only one that can bring contentment and peace and when I do slow down to ponder and grasp that, the outflow into my life and the life of others is world-changing. Of all I have read in the first two months of the year? This book, hands down, is my first highly recommend of the bunch.

And there's the first two months of the year wrapped up in a nutshell. And now, to curl up under a blanket and maybe get a few pages in this evening!