The Princess and the Goblin by George MacDonald 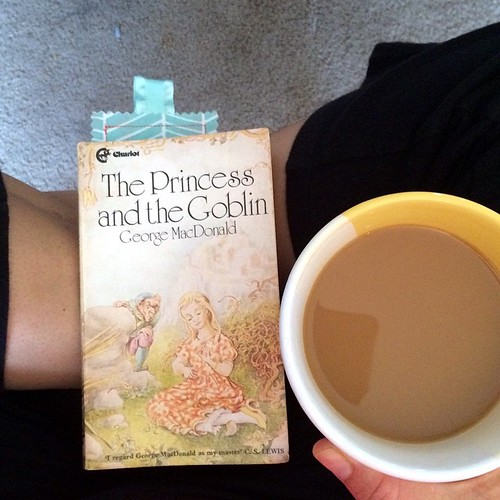 Here I should like to remark, for the sake of princes and princesses in general, that it is a low and contemptible thing to refuse to confess a fault, or even an error. If a true princess has done wrong, she is always uneasy until she has had an opportunity of throwing the wrongness away from her by saying: 'I did it; and I wish I had not; and I am sorry for having done it.' So you see there is some ground for supposing that Curdie was not a miner only, but a prince as well. Many such instances have been known in the world's history.

The Princess and the Goblin by George MacDonald

A favorite quote from our recently finished read-aloud, read in conjunction with the Reading to Know Bookclub. It's been YEARS since I've spent time with George MacDonald and I have to say diving into one of his fairy tales has been delightful.
Email Post
Labels: Books Homeschool Read Aloud Thursday reading