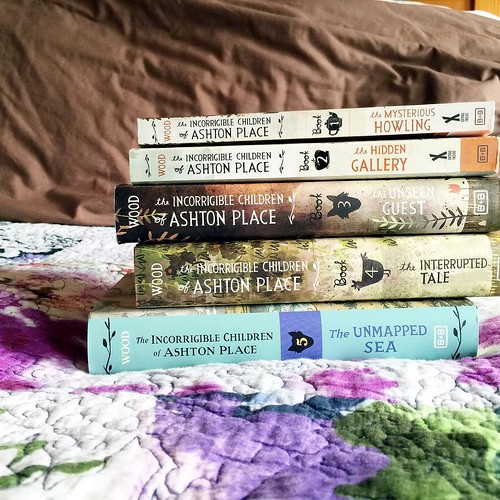 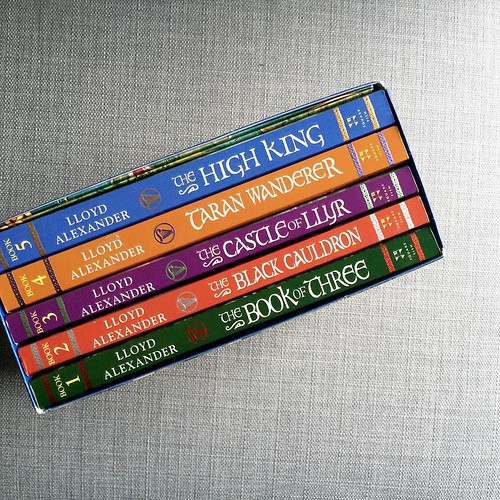 A friend recently stopped me and asked me for some book suggestions for her daughter who is a voracious reader. This girl is somewhere between my two N's ages and needed some ideas of new series and authors to try and boy, did my eyes light up when she asked me for some ideas. I just adore giving book suggestions to folks ... I gives me an excuse to keep justifying my reading of junior and young adult literature! : )


Anyway, I decided to cut and paste the list to my blog so that if asked the question again, I can point someone to the list without having to rethink and type it out again. So, without further ado, my list of recommended series for girls, aged 10-12, who love to read:

The Mysterious BenedictSociety – a trilogy with nice thick books + a 4th book which is a prequel.

The Incorrigible Children ofAshton Place – there are five books in this series and she has one more to go, as yet unpublished

The Penderwicks – four books in this five book series have been published.

The Chronicles of Prydian – these fantasy books remind me so much of The Lord of the Rings, but in a much younger, scaled back way. N2 has LOVED these books as we have read them aloud (we still have two more to go to finish the series.)

The Wingfeather Saga by Andrew Peterson – these might be a bit too old for her, but if she has read the entire Harry Potter series, I would think she could handle the suspense of them (they aren’t gory at all). Very Narnia-ish as far as fantasy with lots of wonderful characters and creatures.

Mr. Lemoncello’s Library – a mystery in a library with lots of literary references. There is also a sequel now!

Saavy, Scumble and Switch by Ingrid Law – three book series about a family that all develop curious abilities when they reach thirteen.

Inkheart, Inkspell andInkdeath. These might be a bit too old as well, but I would have probably eaten them up at 5th or 6th grade so I’m recommending them.

Betsy-Tacy series. If she hasn’t read these, she must. The first four are when Betsy and her friend Tacy are grade school age; the second four in the series are highschool and early married life. We haven’t read the second foursome yet, not because they are inappropriate in anyway, but just because I don’t think the girls will “get it” as much. But totally clean and delightful.

She might not be ready for Anne of Green Gables yet – I fell in love with the series around 6th grade so she’s not far off. If you want to try some of L.M. Montgomery’s books with her, I would suggest Jane of Lantern Hill, or The Story Girl and it’s sequel, The Golden Road. The girls and I have read those three outloud and loved them. We are currently reading the first Anne book outloud and N2 and B are very into it. (N1 not as much, but just because she’s listened to it on audio!)

The All of A Kind Familybooks by Sydney Taylor. Five Jewish sisters living in depression era New York. So so good.

The Sisters’ Grimm – N2 just finished reading this series and loved it. All the fairy tale characters intermarried with real life and modern times.