Books about Snow :: Big Snow by Jonathan Bean and Blizzard by John Rocco 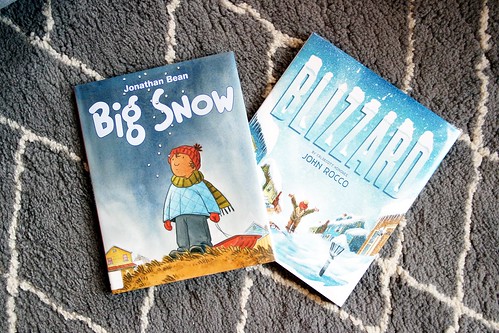 A couple weekends ago I was able to listen in to a part of the Read Aloud Revival's author talk with Jonathan Bean. This is the first one that I have sat in on and I didn't finish it, but it was very interesting listening to him talk with the host, Sarah Mackenzie, about how he creates and illustrates his books. While listening, I hopped on the library website and requested his book Big Snow. That led to a whole bunch of other winter book searching and we came home this week with these two winners when we dashed by to pick up our holds that came in. 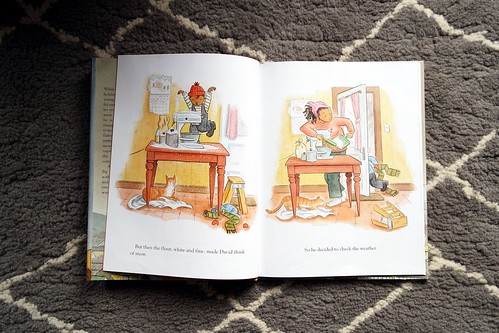 Big Snow tells the story of David who is anxiously awaiting a BIG SNOW. He asks his mom throughout the day if the big snow has arrived, and mom tries to distract him with a few jobs around the house. However, everything he does reminds him of the snow that is to come. The flour falling into the cookie bowl reminds him of the snow coming down white and fine ... so he goes outside to check on the snow. 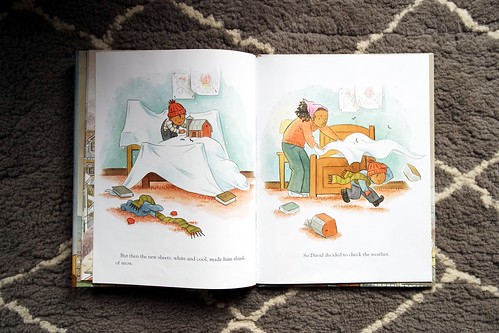 The clean white bedsheets remind him of the snow blanketing everything white and cool ... so he goes outside to check on the snow. 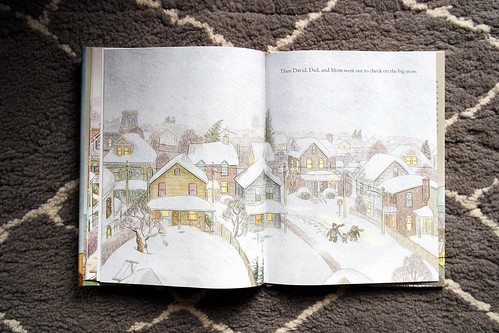 You'll have to read the rest of the book to find out if the big snow finally arrives. I loved the illustrations in the book and I think it captured perfectly a little boy's excitement on waiting for the snow to arrive. Something like this: 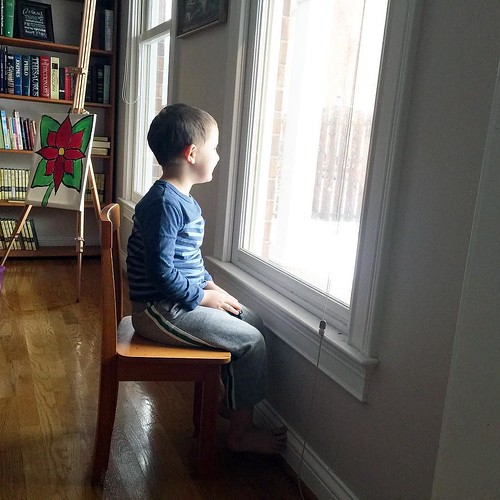 Our own dude waiting for the snow to accumulate last week. 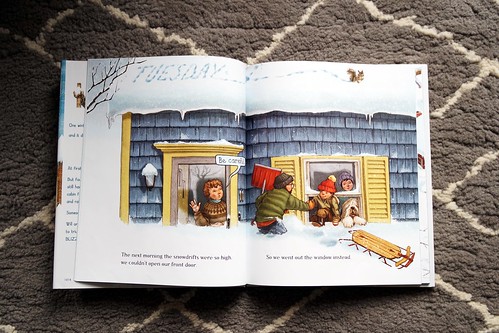 The second book we brought home was called Blizzard by John Rocco and tells a boy's memories of the blizzard in 1978 that blanketed much of the East coast. My mother-in-law remembers this blizzard and how it impacted her that February in Ohio and the lack of power and inability to get out because of the snow. This story tells of the drifts as high as the house and how they had to go out the window to get outside. (You can imagine how quickly the boy here asked if he could climb out the window to get to the snow. Ahem). 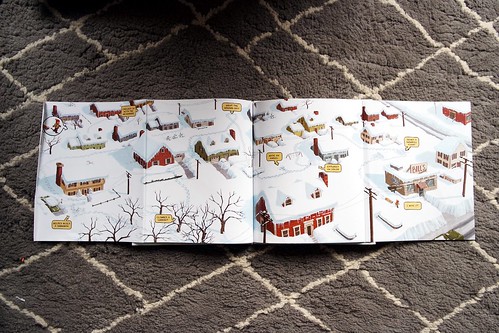 It also tells about how food started to run low after being trapped for so many days and how the little boy because a hero in his neighborhood when he takes his sled and snowshoes his way to the small market and then delivers a small supply of provisions to the neighbors on the way back to his home. 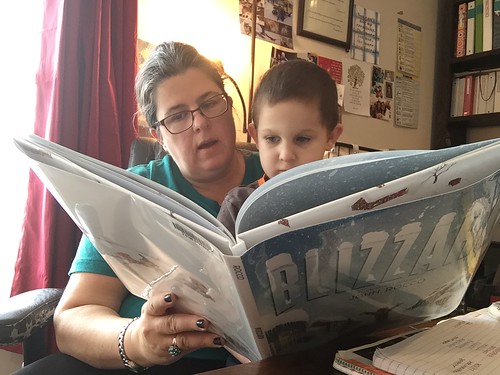 We certainly enjoyed these two books that we found at the library and decided to share them in case you are looking for some fun winter reading in your homes. They have been on repeat here the last few days even though all our snow has long melted and we're supposed to be back up to sixty degrees this weekend (what?!) I'd be okay with a little more snow headed our way!
Email Post
Labels: boy Read Aloud Thursday reading winter