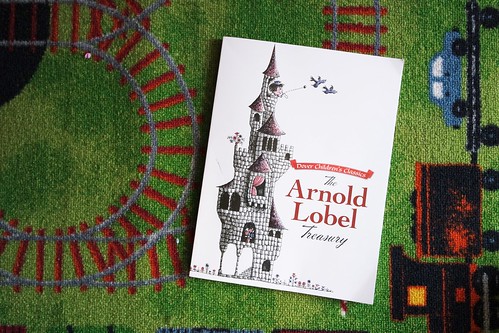 It's been a good long while since I've shared a boy-centric read-aloud in this spot. This book was one of the surprise hits of Christmas this year. I can honestly tell you that there have been very few nights that we have not read one of the stories from this treasury that I bought the boy. I have had the pictures languishing here for a while and today seems as good a day as any to share them! 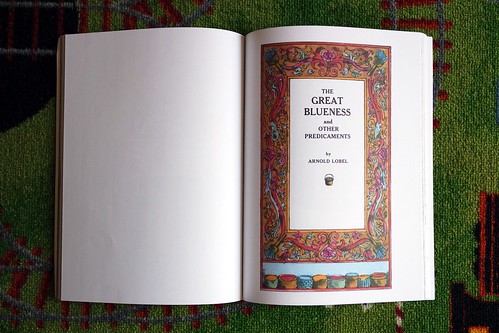 Many moons ago (or really, something like seven years!) I blogged about an Arnold Lobel book that we happened on by chance at the library - The Great Blueness and Other Predicaments. This was one of those books that came home on repeat from the library, so much that I decided we needed to purchase a copy. Imagine my dismay when I found out that it was out of print and those copies that I did track down were well outside my budget for a loved children's book that I knew would get a lot of hand-holding in our house!

This year, I decided once again to hunt for it, as I'm realizing that I'm down to just a couple of die-hard picture book readers left here in my house. (Sniff, sniff.) When I found this treasury on Amazon, I immediately put it on the boy's list. 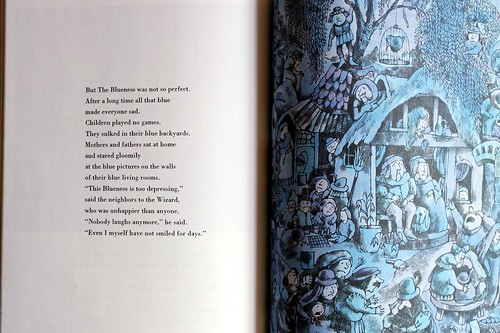 Arnold Lobel is probably most famous for his Frog and Toad books. The Great Blueness tells the story of a time where there was no color in the world. Every thing was gray; thus the period was called the Great Grayness. A wizard, who liked making things in his workshop was puttering around one day and came up with an interesting concoction - he called it BLUE! Once the townspeople saw the blue (and because they were so tired of the Great Grayness) they asked the wizard to share his blue with them and soon everything was blue.Well, of course, there were problems with everything being blue, so the wizard makes another color. And another. Until finally the color challenged townspeople reach a solution that makes life wonderful and splendid! 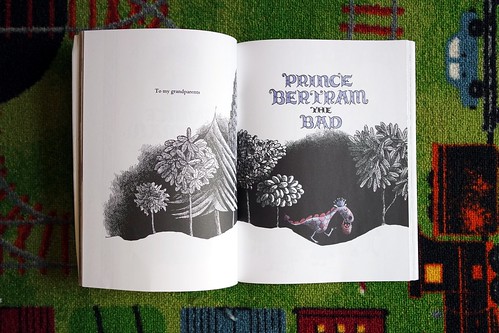 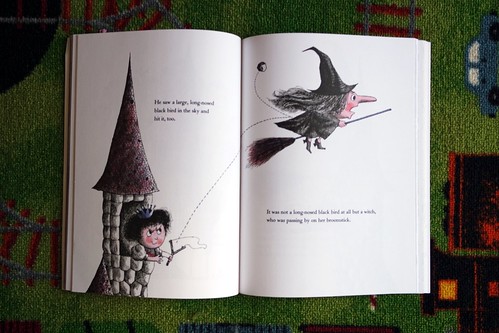 We found another gem in this treasury that also bears mention based on the number of repeat readings we have had. This is totally a boy story ... Prince Bertram the Bad is the only son of the King and Queen and he is bad. So bad that his parents just don't know what to do with him. Unfortunately for Bertram, one day he threw a rock and hit a witch who was flying by on her broomstick. She was not a fan of such treatment and turned him into a dragon! The story ends well (i.e., he doesn't stay a dragon) and we can chalk this up to another Lobel favorite in our house!

Other boy recommended read alouds:
Earl the Squirrel by Don Freeman
The Star Wars Little Golden Books
From the Boy's Shelf
Up in the Garden and Down in the Dirt / Books by Kate Messner
What He's Reading Now