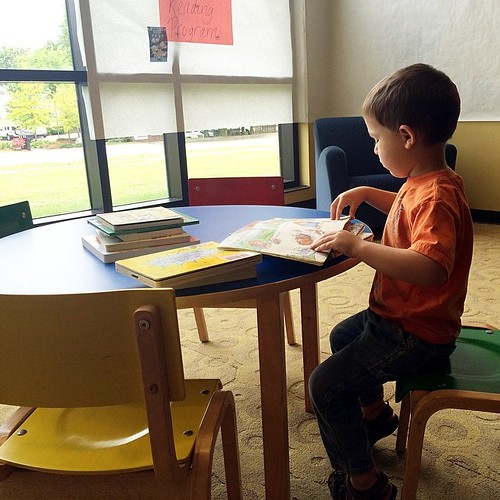 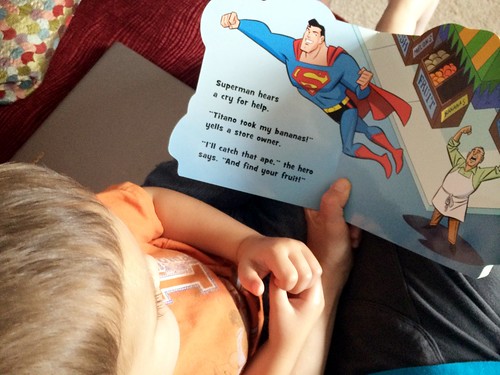 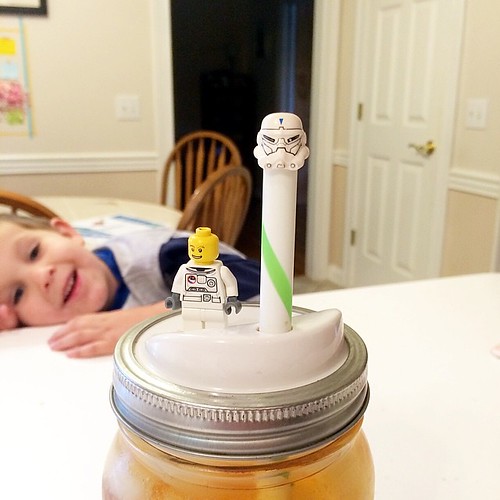 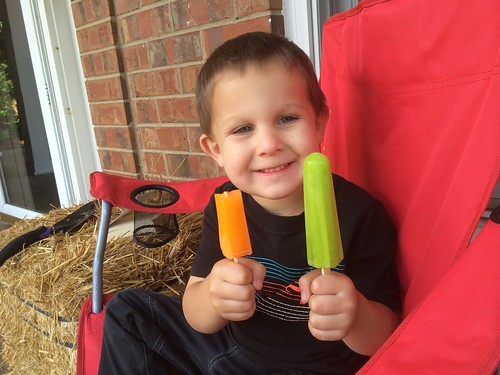 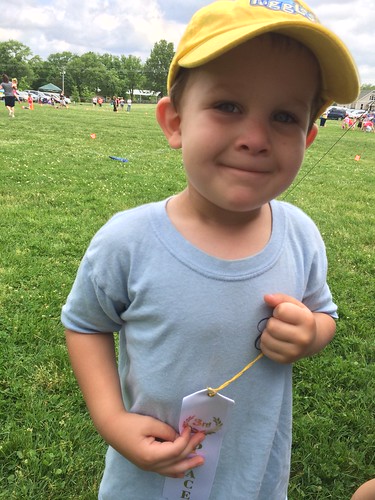 He looks forward to going to the library as much as the girls. He even picks out a few books for himself now. (Superheroes in our stack is a new thing).

Star Wars, swords, playing with his little "guys" (action figures) are some of his favorite things.

Can handle two fisted popsicle action without missing a beat ... or until the neighborhood kids start playing a ballgame in the cul-de-sac. Then we don't have time for popsicles.

A little bit of sporty dude. Participated in a field day that was really for the girls and won third place in three different events, even when competing with the big four year olds.

Parenting him is absolutely a riot as he is coming into his own sense of humor and absolutely exhausting as his energy is apparently unlimited. So thankful that he is ours.
Email Post
Labels: boy