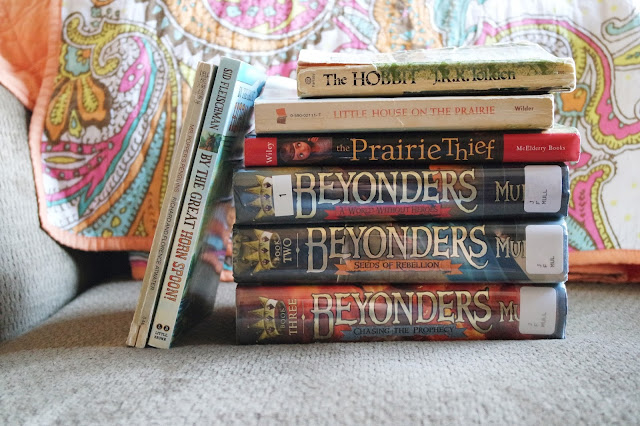 January ended up being a pretty decent reading month for me, all things considered. It turns out that the first month of the year is one of the busiest for the person who is a director of a Classical Conversations community. It's time to re-register families for the coming year, hold informational meetings, figure out how to fill out 1099s for the first time, and the list goes on. I've been sticking to a pretty strict to-do list and just checking off the next thing. That said, the majority of the stack above are read-alouds - that's where most of my reading time ended up taking place. Personally, I read a couple books on my Kindle and one fairly good-sized series which was fantastic and a great way to end the month.

To recap our read-alouds, the two books leaning to the left in the photo above were actually December's read-alouds. They were all I finished in December (besides the big Bible reading project that I'm nearing the end of) and I never got a monthly wrap up for that month written. We finished Mr. Popper's Penguins and By the Great Horn Spoon this month. Mr. Popper's was a HUGE hit with my 7 year old. We read the book, we saw the play at our local children's theater, and he has the audiobook loaded on an ancient iPad and has listened to it several times. It's fun to look back and now and see when I had last read that book aloud (before he was born), so the 7 year cycle of repeating books is working out pretty good for me!

We also finished Sid Fleischman's By the Great Horn Spoon which tied more into the American History memory work that we are doing in CC this year. I admit, I wasn't sure about this book when it started. However, it did pick up about halfway through the book and by the end we were to the "just one more chapter, please!" and finished it up rather quickly. It was a great story as far as describing what it might have looked like for someone heading out to try their hand during the great gold rush.

In January, we finished The Prairie Thief by Melissa Wiley and Little House on the Prairie (and who all should know who that author is). :) The Prairie Thief was a just-for-fun read and requested by my 10yo girl - since she is the one that I seem to have the hardest time engaging with a read-aloud, I obliged her and we all enjoyed this one. (Again, this was another re-read, last enjoyed in 2012, so the girls would have been 4 and 5ish, and the boy not quite 2).

Little House on the Prairie was as reread for Natalie, who remembers it the first time we read it and has since read the series on her own at least once. Betsy didn't remember this at all ... and I have to say, I pick up different things every time that I go through the series, and especially the farther along I get into parenting. What a hard life it would have been to travel with three little girls with her husband to build a home literally from the ground up. And to read aloud Ma's feelings towards their Native American neighbors was not exactly pleasant, but we did have some good conversations about it.

The last read aloud worth mentioning is The Hobbit which the boy and I read before bed off-and-on in December and January. It doesn't even need to be said how great a book The Hobbit is, but I might argue it's an even better read-aloud. So, so good. 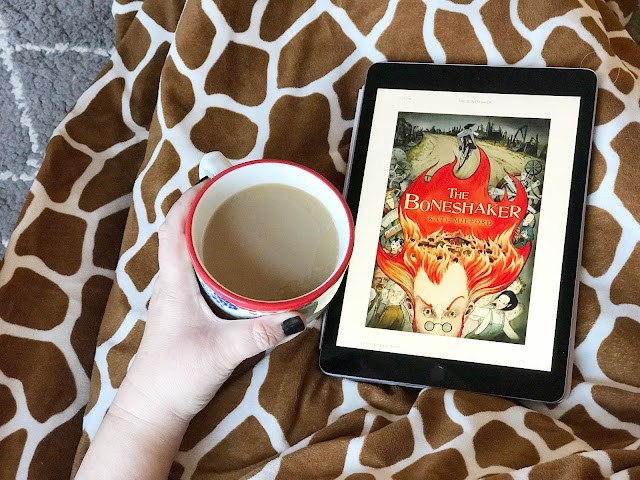 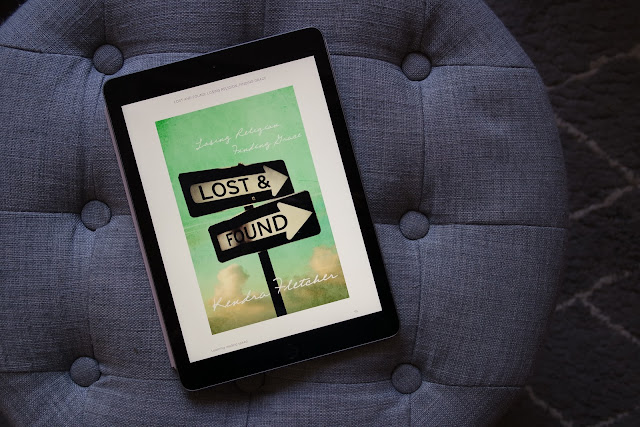 On my Kindle this month, I read two books: The Boneshaker by Kate Milford and Lost and Found: Losing Religion and Finding Grace by Kendra Fletcher. I had such high hopes for The Boneshaker after I read Milford's Greenglass House books. As you might predict from the cover alone, it was a little creepy and I didn't love it. Lost and Found was a book that I've had on my wish list for years, and was able to buy for a steal as a Kindle version. I used to read Kendra's blog (Preschoolers and Peace) years ago when my girls where tiny. A year-ish ago she wrote this deeper work about her and her husband's shift in faith through some deep trials in their family and how they were drawn deeper to Jesus and from a works/checklist based faith. Her testimony in this book spoke to me, and I'm thankful I finally got the chance to read it.

The rest of the month was completely taken up with Brandon Mull's Beyonders series. Last summer I fell hard for his Fablehaven series, and decided to try this series featuring an older protagonist. I loved this series just as much! Where the main character in Fablehaven is a young teen girl and her younger brother, this series is focused on Jason, about 15, and how he becomes embroiled in Lyrian. He takes on a cause that he has no tie to because it's the right thing to do and becomes the unlikely hero of the tale and one well worth recommending. While I handed Fablehaven immediately off to my 12 year old, (and I'll be recommending the Beyonders to her as well), I'm excited about this series with a male hero for Ethan when he gets older.