Crockpot Potato Soup ... or What We are Eating on Christmas Eve 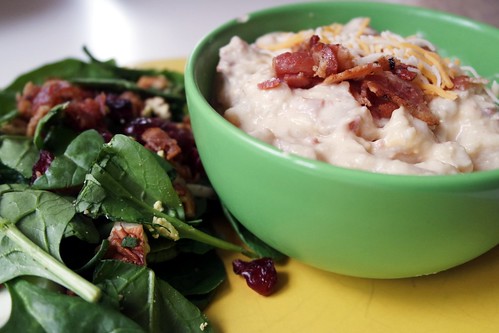 It's never too late to start a new tradition for your family ... last year marked the first year that we hosted my side of the family for Christmas Eve. For many, many years, we had spent the evening with friends and it was a much anticipated time of visiting and snacking. However, as children have grown and more and more grandchildren arrived (ourselves included!), the crowd got to be a bit much for a huge Christmas Eve get-together, and so we started our own tradition. 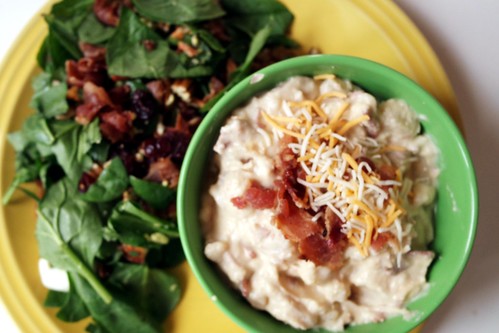 This recipe is courtesy of a fellow CC mom. She brought this to a recent potluck and it was delicious! Once she emailed us all the recipe, I knew this was going to be part of our Christmas dinner menu. My favorite potato soup of all is my mom's recipe which isn't quite so heavy; however, it isn't a crockpot recipe and since we'll be coming home to eat from the Christmas Eve service, I need something that doesn't take as much babying.

30 oz frozen hash brown potatoes (I diced up a bunch of potatoes since I didn't have hashbrowns and it worked just fine.)
32 oz chicken broth
1 can cream of chicken soup
8 oz cream cheese
Bacon bits (or turkey bacon)
1 c. shredded cheese
Salt, Pepper, and Granulated Garlic to taste
In the crock pot, put the hash brown potatoes, broth, cream of chicken soup, half of the bacon bits and salt, pepper and garlic. Cook on low for 8 hours. One hour before serving, add the cream cheese and bacon bits. If you take the cream cheese out of the refrigerator earlier than that to warm up a little bit, it will incorporate better with the soup - I also gave it a whirl with an immersion blender to smooth it out some. Serve with cheddar cheese on top.
Again, the verdict by the six kids in our house was that it was GOOD. I was hoping for quite a bit leftover and I had to scrape out the crockpot to get enough for one more serving the following day.
Another crockpot potato soup we love is here which is quite a bit cheesier and super good as well.