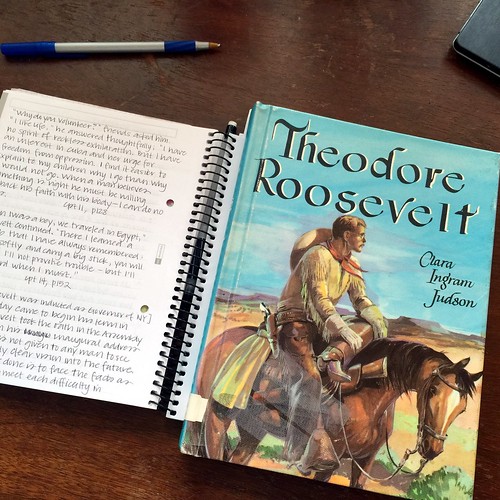 "Why do you volunteer?" friends asked him.

"I like life," he answered thoughtfully; "I have no spirit of reckless exhilaration. But I have an interest in Cuba and her urge for freedom from oppression. I find it easier to explain to my children why I go than why I would not go. When a man believes something is right he must be willing to back his faith with his body - I can do no less. 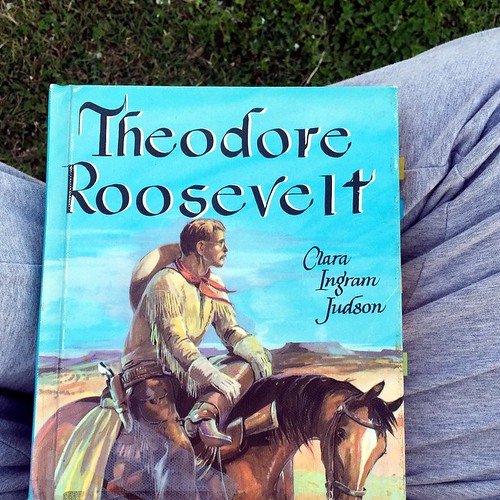 As part of Amy's Newbery challenge, I read a fantastic biography of Theodore Roosevelt by Clara Ingram Judson. Of all the options from the 1950s, you are probably wondering why this one? I had my reasons. : ) First, we are wrapping up a year of American history focus in Classical Conversations and this is a great tie in. Second, the cover! I loved the painted look to it and it instantly drew me in. And, third (and probably the best reason), I have always been fascinated by Teddy Roosevelt, but have not read much about it. I seized the opportunity!

I'm not going to go into a long description of his life and accomplishments - if you don't know them already, then you need to learn more about this amazing man. Rising from a childhood plagued with illness, he worked hard to strengthen his mind when his body was weak, and over time, strengthened his physical abilities so that he became the outdoorsy and active president that is most known.

His rise to presidency was fascinating. He entered the political arena because of his fascination with how the ward (city council) was run. He was a ward member, state legislator, federal officer, police commissioner, governor of New York, and President of the United States. He also was extremely knowledgeable about the navy, in spite of never having served as a naval officer, and wrote books counselled the government on many naval matters. His stint in the army is well known as he led the Rough Riders and helped Cuba win their independence.

After reading this book, I had nothing but admiration for Theodore Roosevelt. His work ethic and determination was inspiring as well as his moral standards and ethics. Several times in his life, he was pigeon holed into certain public offices where folks though he might serve quietly. No such luck! Anywhere that Teddy served was given 100% of his loyalty and attention. He was never looking to climb a political ladder and move to the next bigger and better spot. He was a humble servant who loved his family and his country and that was evident in the way that he lived his life.


Remember, doing what you have to do, whether you like it or not - that's courage. 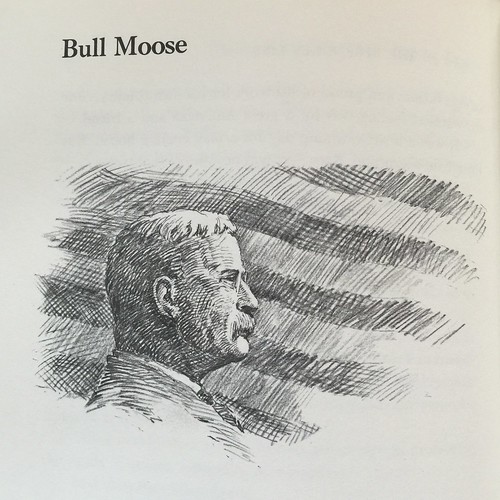