King of the Wind: The Story of the GoDolphin Arabian by Marguerite Henry 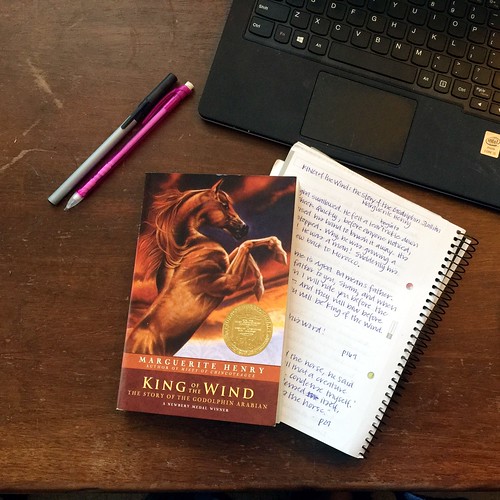 When Allah created the horse, he said to the wind, 'I will that a creature proceed from thee. Condense theyself.' And the wind condensed itself, and the result was the horse.

For Amy's Newbery Challenge in March, I read King of the Wind: The Story of the GoDophin Arabian by Marguerite Henry. This was the 1949 medal winner and from an author that has long been on my to-read lists. Marguerite Henry turns up on many of the booklists that I scour for ideas, yet she has not been one that we have gravitated to in our home. Partly, I think, because I am admittedly not one of those little girls that LOVED horses growing up. I love watching the majesty and beauty of horses and petting them is safe at times; however, I am one of those people that when I actually got ON a horse, it never went as intended. I have memories of being a little kid and a horse getting spooked and running away with me seated on its back, hanging on for dear life as well as getting pitched into a bush during college when a horse came to a sudden stop. Ergo, books about horses are not a huge priority to me. : ) 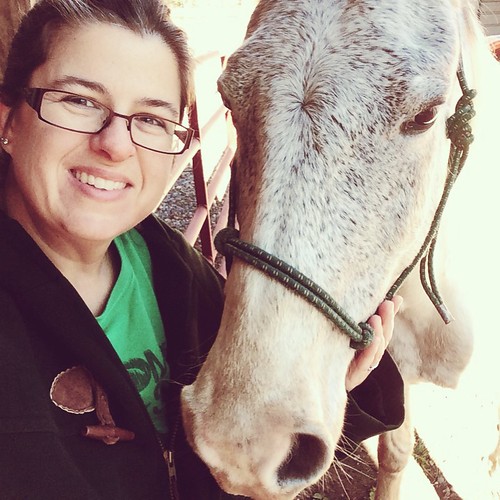 This happy smile is misleading.

I did love this book. This story starts with a young Arab stable boy and a mare that is one of his charges. When she dies shortly after giving birth he takes the young colt under his wing and nurses it and cares for it and promises to keep it safe. This sounds easier than it was as the colt and the boy were shortly sent to France as a gift to the current king as a gift offering from the sultan. Unfortunate circumstances followed the pair and even though the boy and horse are separated several times, life and a few kind individuals conspire to bring them back together.

Without going into too many details the story does end happily for the boy and the horse. I also appreciated the glimpse into life in for this servant boy in Morocco and his later life in England and France. I can see me pulling this back out as a history read-aloud and tie it in with our Cycle 2 work as we cycle back around in Classical Conversations. This was a winner in my book so, thanks Amy, for the prompt to add this one to our shelves!

Agba swallowed. He felt a tear begin to trickle don his cheek. Quickly, before anyone noticed, he raised his hand to brush it away. His hand stopped. Why, he was growing a beard! He was a man! Suddenly his mind flew back to Morocco.

My name is Agba. Ba means father. I will be a father to you, Sham, and when I am grown I will ride you before the multitudes. And they will bow before you, and you will be King of the Wind. I promise it!

He had kept his word! 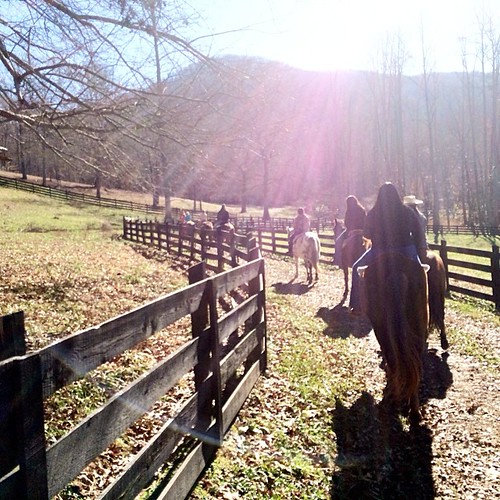