I enjoyed this story, though not as much as some of the previous spy/mystery Christian fiction I have reviewed lately. 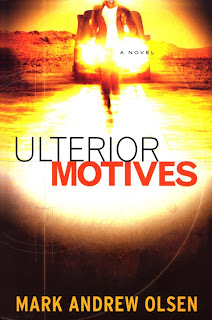 When an al-Qaeda email is intercepted, threatening an attack on America, it leads to the capture of the group's leader. Yet even under fierce interrogation, the terrorist clings to his jihadist beliefs and refuses to divulge any information. Desperate, the Army resorts to extreme measures--a controversial protocol designed to break a subject's resistance. But the attempt must be masked as an offer of clemency and rely on an outside party, someone who is unaware of the protocol's aims.

They find that someone in Greg Cahill, a disgraced soldier who now serves in a prison ministry. Lured by the chance to restore his reputation, Greg befriends a man the entire country despises. And the result proves combustible, the two men having to flee for their lives. With both in need of redemption, they set out to prevent a major catastrophe...